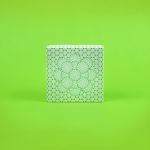 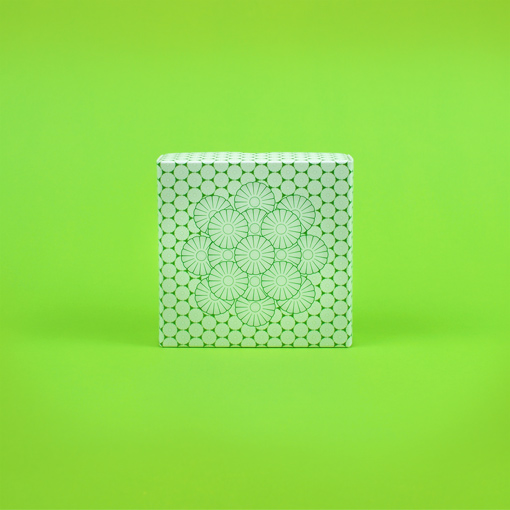 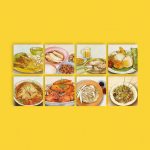 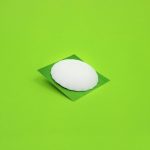 Only 24 item(s) left in stock.
... people are viewing this right now 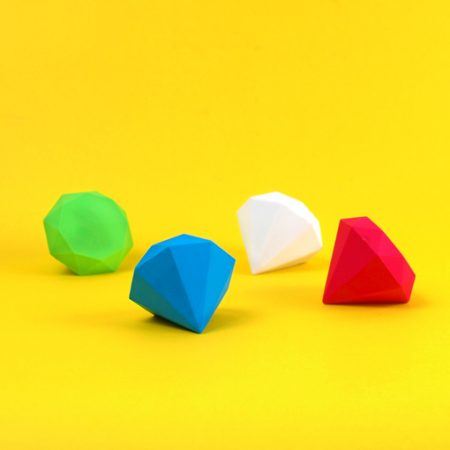 To create an eraser from a brief that says “worthy of envy”, what can be more straightforward than having a big carat of cut diamond. Erasers are only used when mistakes are made and careless mistakes can be very costly. This eraser reminds people that mistakes can be expensive and that sometimes the cost of an error is priceless.

Who says that diamonds are forever? 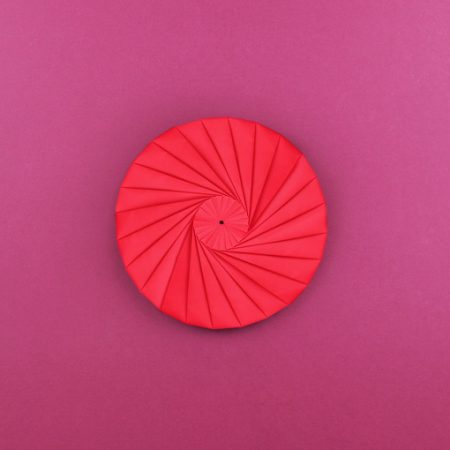 Designed by FARM, this red packet is a cheeky re-imagination of the word 红包 (hóng bāo) which means “red bun” in mandarin. Red packets are traditionally given as monetary gifts during special occasions such as Chinese new year, birthdays, and weddings for good luck! 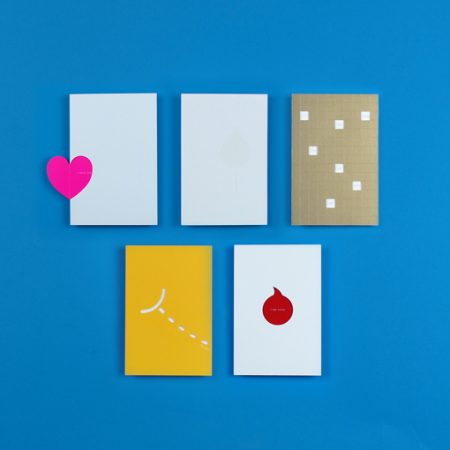 There are times when it’s difficult to convey a message to someone who has just lost a loved one or to just simply say, “I’m sorry” or “I love you”. These cards recreate the sender’s intended feeling visually through design where a worded message cannot. The series of cards rely heavily on visual effect, humour and fancy design effects were carefully measured to avoid turning the card into a gimmick and bordering on insensitivity. 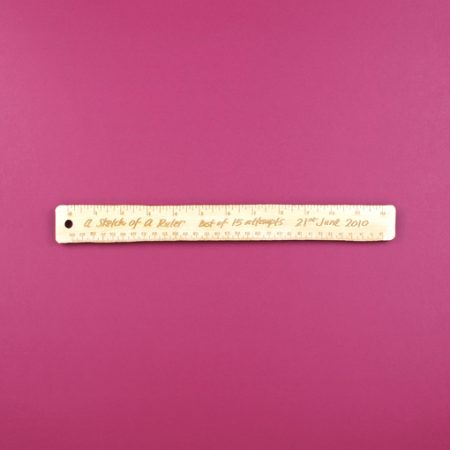 The concept questions the basic assumption of a ruler as an accurate measuring instrument for an object. In this case, it is a measurement of the designer’s futile attempts at precision and perfection. He wishes to bring back a greater tolerance for imperfection and soul as technology is pulling the other way with measuring precision of near infinite decimal points. There were a total of fifteen attempts in sketching the ruler as accurately as possible. 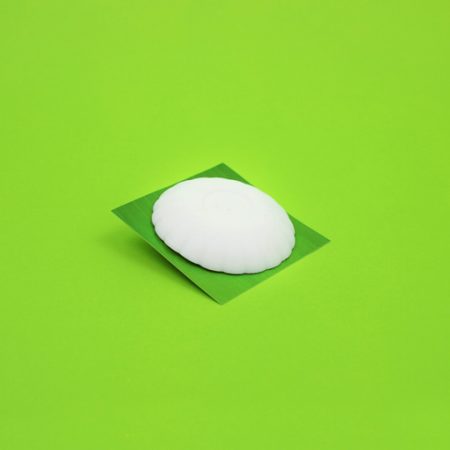 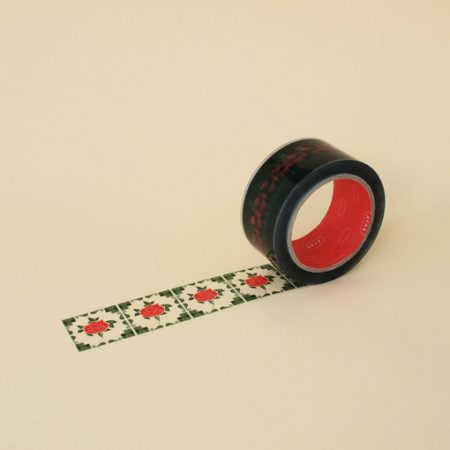 Peranakan tiles are renowned for their recognisable ornate motifs and distinct colours. Commonly used in the 50s as wall trimmings to decorate buildings and interior spaces, these iconic embellishments are now safeguarded by the strict conservancy guidelines of Singapore. The Peranakan tape attempts to take us back in time through a functional yet transient adornment to any wall that pays homage to these visual icons of Singapore. 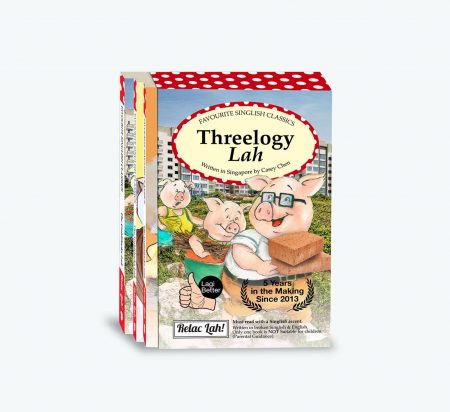 This complete collection of Singlish fairy tales (or Singlish Classics as we called it) by Casey Chen consists of:

All in a beautiful and iconic box set now! 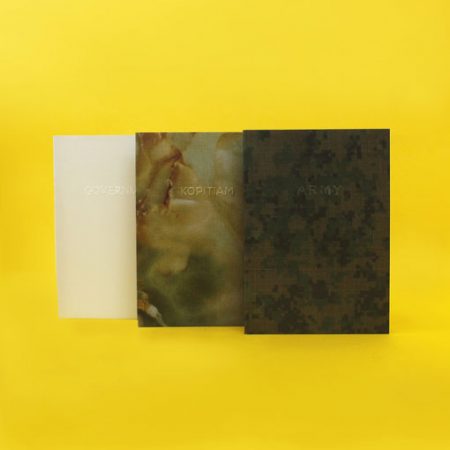 The SG notebooks are a set of small and handy notebooks that highlight the use of our colloquial English. Each notebook revolves around a familiar local environment that has contributed significantly to the rise of Singlish vocabulary. 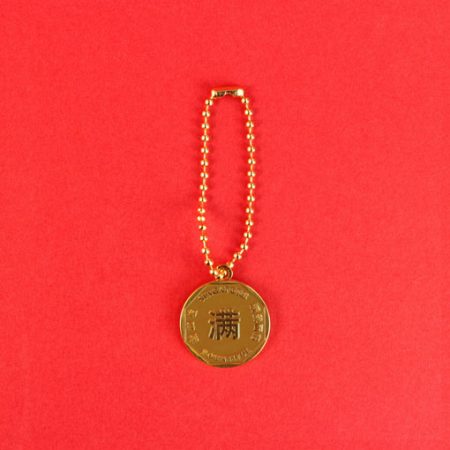 Ancient coins are auspicious objects to carry around in Chinese culture, believed to bestow the wearer protection, good luck, and fortune. Honouring this practice yet adapting it into a usable and handy everyday object suited for modern living, ‘bountiful’ is more than just a cleverly designed charm-in-keyring. Singaporeans carrying the lucky ‘bountiful’ charm will never have to fumble for that elusive one-dollar coin needed to release a supermarket trolley. 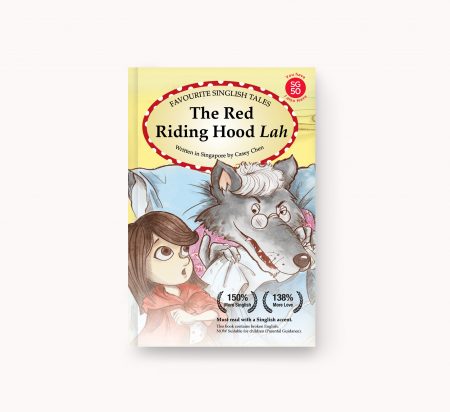 With a modern and Singlish spin, the Red Riding Hood Lah is the second Singlish classic created in conjunction with sg50 – Singapore’s 50th national day. 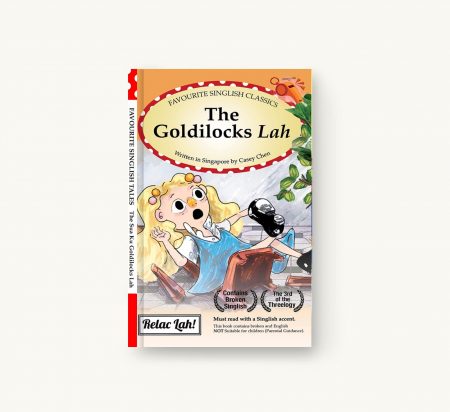 Singlish has been and still is one of the most entertaining “languages” used and never fails to help visitors better understand our local culture. The Goldilocks Lah re-writing by Casey Chen, using Singlish to retell the classic stories. The Singlish titles by the author have been very well received. More than 10,000 copies sold locally since the first book was published in 2013.

The Goldilocks Lah, although is based on a children’s fairy tale, is “not suitable for children” due to its use of graphic language and broken English. The author exaggerated its use to show how funny Singlish can be. You can read about Goldilocks’ experiences with the 3 wolves in the book.

The Goldilocks Lah deviates slightly from the original story of the bears. Casey’s reason for using the wolves is a continuation of his first 2 titles. The Three Little Pigs Lah and The Red Riding Hood Lah have the same wolf “performing” and this time, you will find that the wolf is not the bad guy and also a chance to meet his family! 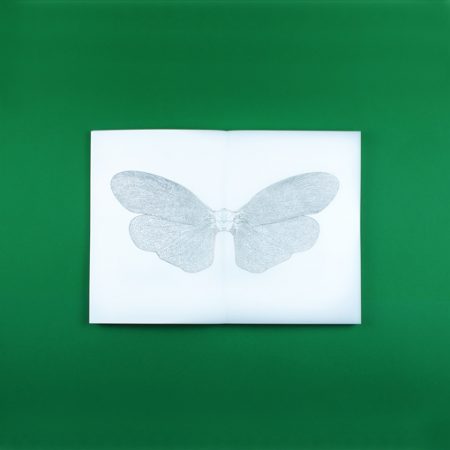 Each card contains a hidden wish, hope, or dream that is symbolically represented by a pair of delicate wings. When a card is bought, written, and given to another, the wings take flight and “come to life” — physically transported by air or sea as well as immaterially from the page into the mind and thoughts of the receiver. Card covers in these 5 emotions: sorry, thank you, congratulations, condolences, love.